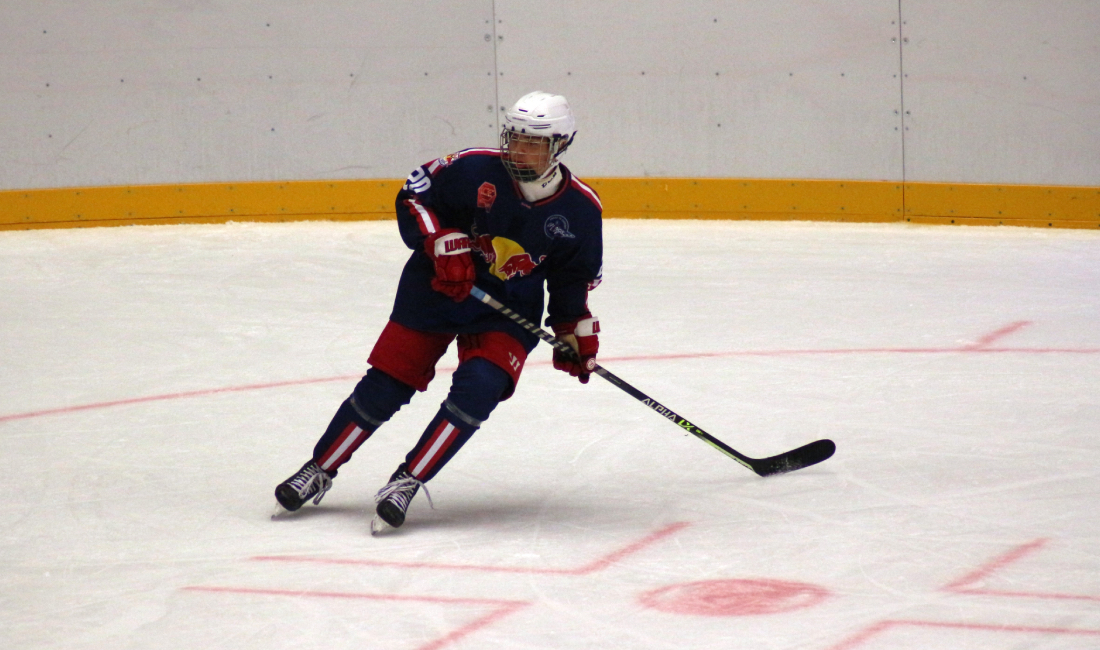 Vasilij Zelenov and Luca Kogler. Two main reasons why Salzburg defeated Mountfield HK in their second game of the day.

The Mountfield HK have had a not-so-good start to the tournament. First, in the morning match, they lost to West Bohemian Energia narrowly 2:1. In the early evening they returned to the WERK ARENA to battle with the Austrian Red Bull Salzburg. The tied match turned over to the side of the Red Bulls in the third period. But after only five seconds of the game, it was clear that the Hradec Kralove players had no easy task ahead of them. Immediately after the initial throw-in, Petřík's attention was checked by Konstantin Hummer. While the Hradec goalkeeper managed to deal with his attempt, he was short on Kogler's independent escape in the 18th minute of the match. The fans had to wait for the next goal. On both sides, it was full of offensive attacks that lacked a more accuracy. Only in the 47th minute did Vasilij Zelenov break the shooting streak, knocking the puck behind Petřík's back after Kaiser's shot. It took exactly 93 seconds for Salzburg to rejoice again. A lack of emphasis in front of the Mountfield goal was punished by Kogler. Schellanger then rushed into an interesting scoring opportunity, one of the Hradec Kralove players pulled the emergency brake and the referees ordered a penalty shootout. Vasilij Zelenov literally messed up the goalkeeper from Hradec Králové - 4:0. Tip Heimel scored the last goal of the match in the 54th minute.