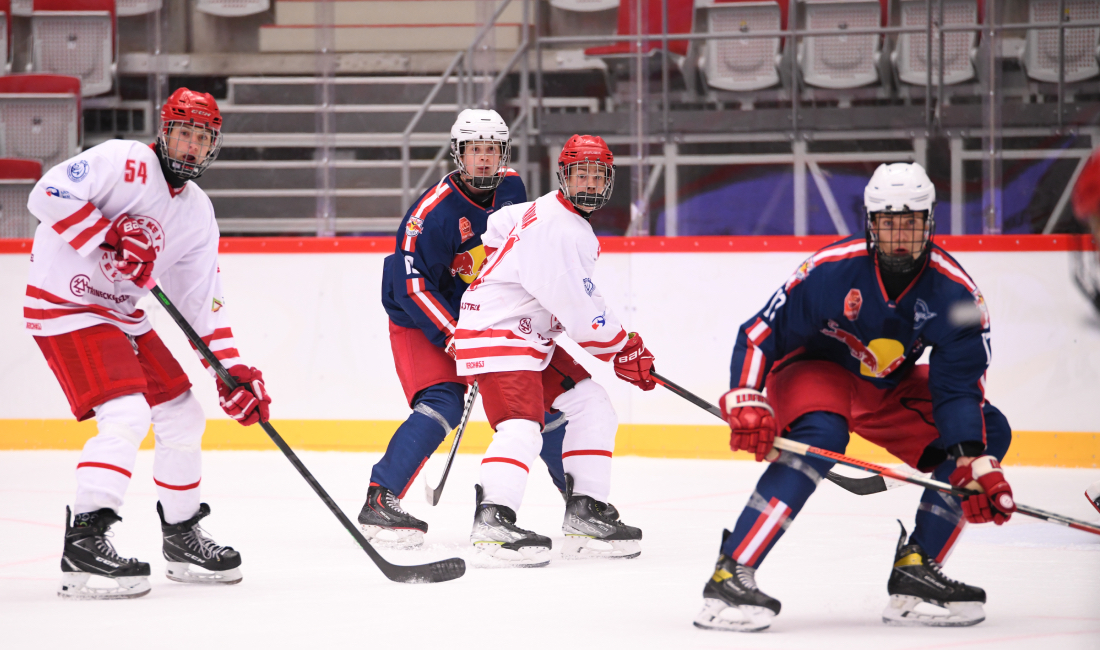 Salzburg's concentrated performance brought success. Although the Ocelari were already in the lead in the thirteenth minute of the match thanks to Hebar's goal, the score of the match did not completely correspond to the picture of the game. The Austrian players dominated the ice in the attacking phase and Milota has his hands full with their pressure. First of all, the pair of Luca Kogler-Vasilij Zelenov did heat up the Třinec defense.

The home team's lead lasted until the twenty-sixth minute, when Zelenov prompted Strainovic with a great pass to equalize. A few minutes later it was even worse. Ivan Zelenov skilfully stuck his stick into Wieselthaler's shot and sent Red Bull into the lead. Salzburg kept that until the fifty-first minute, when Weiss tapped in his own shot for Haim. And since nothing changed until the end of the 60-minute regular playing time, penalty shots decided the winner of the match. One of the best attackers from Třinec, Šimon Pohludka, could not join them due to a penalty, who could not keep his nerves in check at the final siren and retaliated completely unnecessarily. The Austrian goalkeeper Mika Haim was able to excel in the skill discipline, as he did not let any of the attempts from Třinec behind him. On the contrary, Salzburg could rely on its Vasilij Zelenkov, thanks to whose goal Red Bull celebrates the final victory.