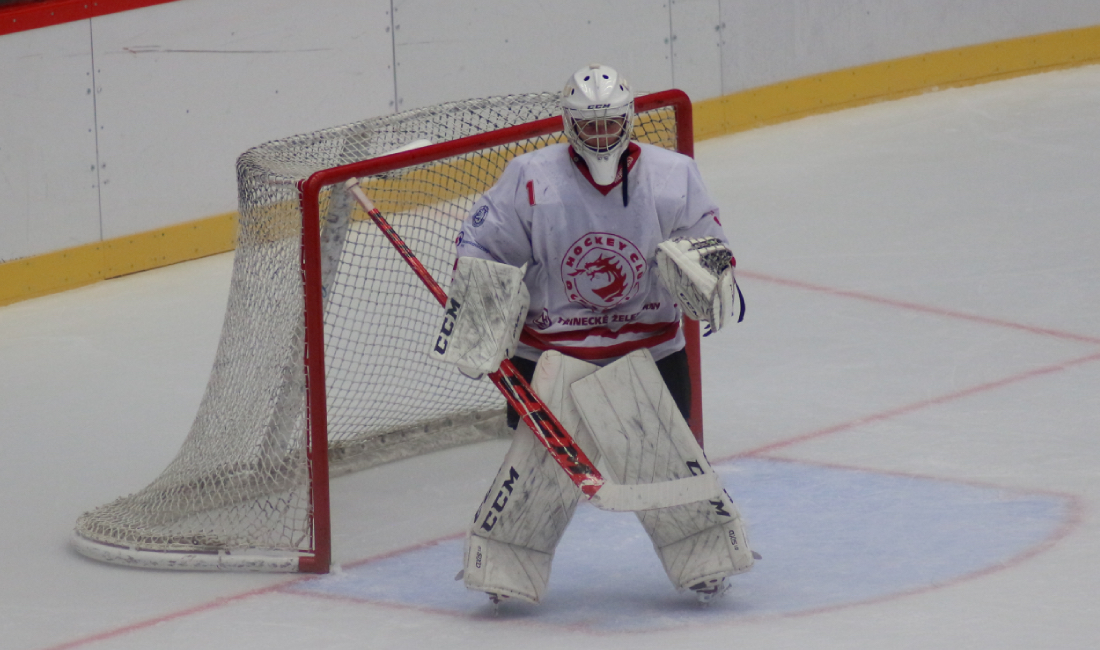 The last match of the Oceláři in the regular season against Mountfield HK had a completely unexpected hero. The fantastic and flawless performance of David Skácel, the third goalkeeper of the U17, brought the home players a fight for bronze medals. The sad hero of the match, on the other hand, was the visiting goalkeeper Petřík, who essentially knocked Andrej Hebar's light shot behind his back.

After the victory of Karlovy Vary over Salzburg, it was already clear before the evening match of the Steelers that only a victory in regular time would move the home team into the fight for medals. With the only possible progression scenario, home team coach Marek Malík pulled an unexpected trump card. Tournament third goalkeeper, young David Skácel. And it was the fifteen-year-old who kept his teammates in the game for the entire 60 minutes. He didn't let Hendrych's two big opportunities go behind him already in the first minute. Even Pavlík and Jón, who were playing at ease, broke their teeth on it. On the other side, the goalkeeper Petřík also showed his skill, who was able to cope with the projectiles of Pohludka and Weiss. It wasn't until 58:40 that Andrej Hebar caught Petřík with a backhand shot. Oceláři were short on one player, but Hebar managed to zigzagg in front of Petřík and finished. Oceláři withstood the final pressure and are celebrate a victory that moves them into the battle for the precious medal.

In Sunday's culmination of this year's eighth edition of the President Cup, the Ukrainian U17 national team will challenge them in the battle for bronze medals. The match is scheduled to start at 10:30.