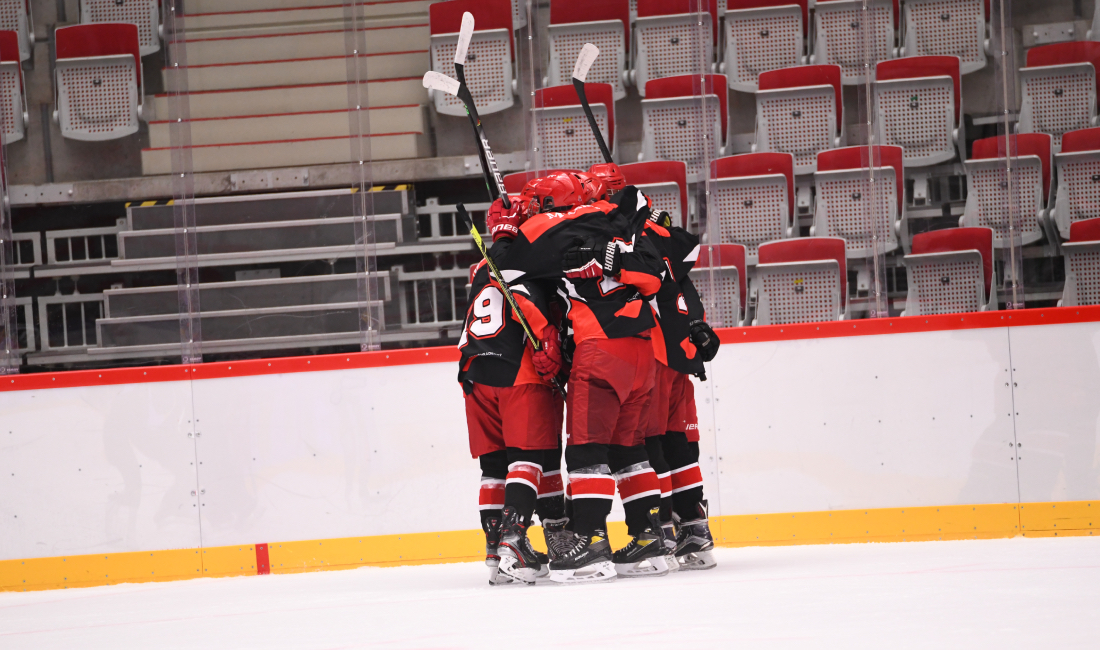 Great performance by Mountfield HK! After yesterday's great entry into the tournament Davos complicated their situation. In addition, they received a proper load from the East Bohemian team. It should be noted that the Swiss team was apparently affected by a very demanding program and also the morning defeat by Karlovy Vary.

Mountfield HK have left nothing to chance and hold their fate in the tournament firmly in their hands. Dominik Pavlík contributed to the unequivocal victory with three points. In the formation with him, Hendrych also shone, who, like Pavlík, scored a goal and two assists. Parré's goal from the 23rd minute of the match, which he reduced to 1:2 at that moment, turned out to be only an honorable intervention. However, this only stimulated the Hradec Králové players, because Mountfield completely dominated the ice rink in the second period and kicked Steinman out of the goal with three goals. But even his masked colleague Soler did not know what to do against the offensive storm of Hradec players.

In the third period, thanks to the unequivocal lead, the coaches from Hradec Králové allowed themselves to change goalkeepers, when Petřík replaced Meišner. His performance helped Mountfield to an 8-1 victory. The last match of the regular season awaits Mountfield HK at 18:30, when they will challenge the home team Oceláři